Managing volatility: the unique credit risks of the mining industry

Gary Stockton: Hi Andrea, why did Experian study the mining industry? Have there been any notable changes to this industry in recent years?

Andrea Schmalzer: Hi Gary. We decided to study the mining industry in order to evaluate the impact the mining industry has on small businesses that are supporting that industry. Knowing that there will be some volatility as we see shifts in which fossil fuels are predominantly being used. As far as changes go, we have seen a decrease in coal production. Some of this is due to the fact that we had the big boom in natural gas which caused the natural gas prices to decrease substantially. And also just due to the fact that the coal supplies are decreasing overall.

Gary Stockton: Can you tell us what states driving the bulk of the mining in the United States.

Andrea Schmalzer: So Texas is the number one oil and gas producers in the country. As far as natural gas we also had that being mainly produced in Pennsylvania and Oklahoma. For oil, we do see that being produced in North Dakota and California, and as far as coal mining goes that comes from Wyoming, Kentucky and West Virginia.

Gary Stockton: Andrea what impact has the decrease in natural gas and oil production had on the local small business economy?

Andrea Schmalzer: So, North Dakota was one of the most impacted states when the prices of oil dropped because they decided to stop drilling because it wasn't cost effective. So we did see employment drop quite a bit in the oil and gas industry. But overall as a state North Dakota is still under a 3 percent unemployment rate. Some of those folks are now working in retail or grocery stores, gas stations in hopes that new drilling will come up again. For businesses though we do see delinquencies shrinking in the retail segment also in the manufacturing segment. However we do see charge off's increasing for both retail and manufacturing which is one area we need to keep an eye on.

Gary Stockton: With the falling supply of coal in West Virginia what trends are you seeing in business credit and delinquency?

Andrea Schmalzer: Like you said we've seen a large decrease in coal production in West Virginia, most notably in the southern counties of West Virginia. And with that we've seen an increase in unemployment and in some cases an increase in delinquencies. For example the retail and service industries have seen an uptick in delinquencies in southern West Virginia compared to the rest of the state. But we aren't seeing write off's come through yet. So an area to keep an eye on. Also overall in West Virginia we do see higher delinquency rates in the agricultural industry for the coal counties versus non-coal counties. But again, like retail and service we aren't seeing the write the off's come through yet. So definitely an area we need to keep an eye on. 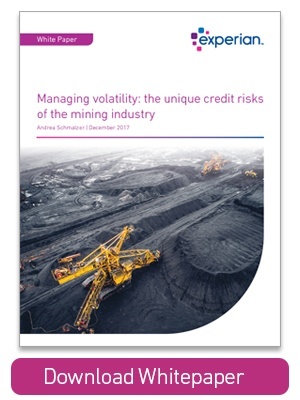