Experian and Moody's Analytics have just released the Q4 2019 Main Street Report. The report brings deep insight into the overall financial well-being of the small-business landscape, as well as offer helpful commentary, around what trends mean for lenders and small-businesses.

The fourth quarter of 2019 was a return to ground after a wild third quarter, but it capped a remarkably stable year for small-business lending. Small businesses slowed their borrowing activity, causing delinquency to rise marginally, pushing 31–90 day past due balances up by 7 basis points to 1.6 percent, from 1.53 in the third quarter.

Moody’s uses data from the Bureau of Labor Statistics to benchmark business growth numbers. The last time this was reported, BLS reported a 2.8 percent growth rate in Q2. Growth in the number of establishments picked up in the latter half of 2017, as did growth in small business borrowing, and this has helped to keep bankruptcy rates from rising.

Finally, the Federal Reserve’s Senior Loan Officer Survey, indicates lenders aren’t seeing higher than usual demand for Commercial & Industrial loans. Lending to both small and medium-to-large firms has failed to see net positive demand, since the first quarter of 2017, this despite the addition of a 25-year loan option from the Small Business Administration.

Hear the analysis behind the report

If you would like to get the full analysis of the data behind the Main Street Report, join the experts from Experian and Moody’s Analytics for the Q4 Quarterly Business Credit Review. 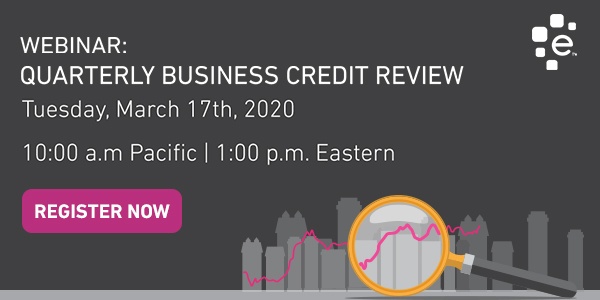 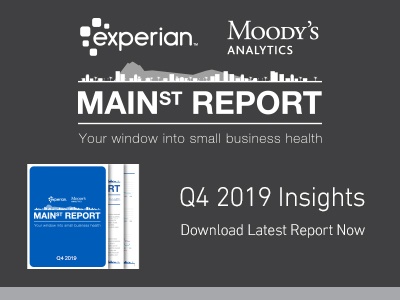